Above: The first three issues of The Great Discontent

Born and raised in Southeastern Michigan, Tina Essmaker is an editor, publisher, and writer, who now lives, works, and plays in New York City. Tina is a partner at Wayward Wild(W/W), an NYC-based creative studio that publishes original content for the web, print, film, and other mediums, and cofounder and editor-in-chief of The Great Discontent (TGD), a magazine featuring interviews on beginnings, creativity, and risk. 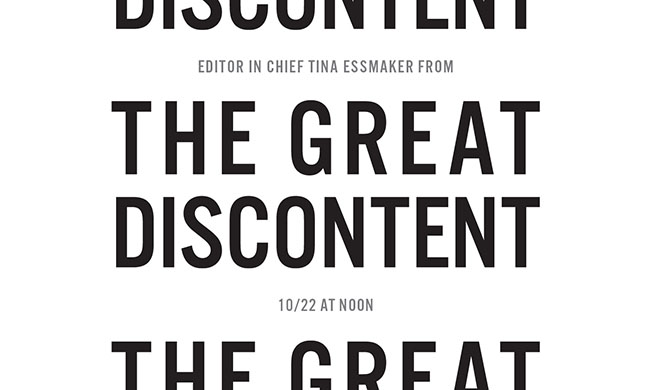 Above: Editor In Chief Tina Essmaker is visiting us this Thursday at noon in room 320!

Prior to pursuing creative work, Tina earned a Bachelor of Social Work from Wayne State University and spent twelve years working with runaway and homeless youth. After moving to New York in April 2012, she transitioned into freelance copywriting and later joined Crush & Lovely, where she worked as community manager for a year. Since August 2011, Tina has published The Great Discontent alongside Ryan Essmaker, her partner in business and life. 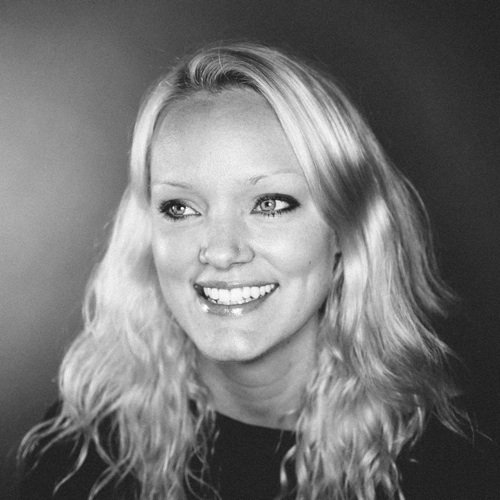 Above: Tina Essmaker will be conducting a live video chat with us from NYC.

TGD began as on online magazine and has grown to include a print counterpart and short film series and evolved from a passion project to a well-loved brand, embraced by readers worldwide. In January 2014, Tina took the leap and left her day job to focus on TGD and other content-related projects via No Little Plans, her studio with Ryan. Nine months later, in October 2014, Tina and Ryan joined forces with longtime friend and colleague, Brad Smith, forming Wayward Wild with an ambitious vision for the future of TGD and beyond.