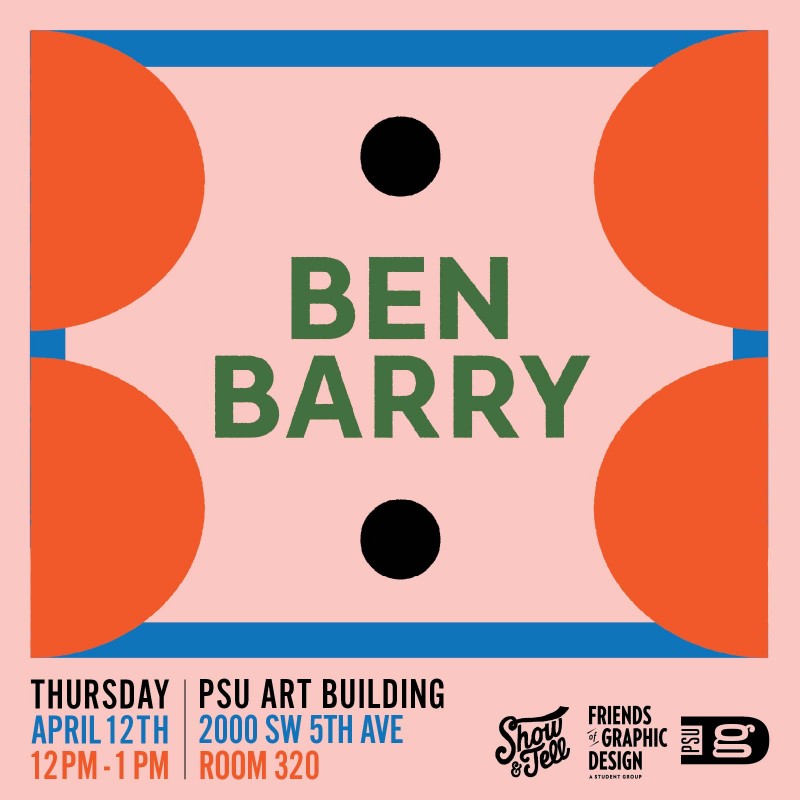 This Thursday, join us for a Show & Tell with Ben Barry!

Ben is an American graphic designer dividing his time between Portland, Oregon and San Francisco, California. He currently leads design for OpenAI, and is the founder of the design studio Nonlinear. Previously, as one of the first communication designers to join Facebook’s team in California, his focus was on developing Facebook’s internal culture, voice and brand. Most notably, he cofounded the Facebook Analog Research Laboratory, an internal print studio and art program. Before Facebook, Ben, a graduate of the University of North Texas, worked for the design firm and screen printing shop The Decoder Ring in Austin, Texas. There he honed his skills working with a range of clients, designing packaging, merchandising and a lot of screen printed posters. He is also an alumnus and advisor of John Bielenberg’s experimental design education program, Project M, where he explores the role designers can play in encouraging social change.
Facebook RSVP