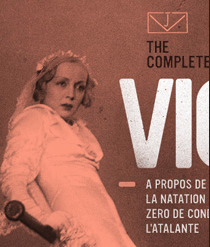 Let’s welcome Jason Hardy for an IN PERSON Show & Tell!

Jason Hardy is a Creative Director, Graphic Designer, Musician and Artist. Originally from Nebraska, Jason has lived in Chicago and now resides in San Francisco where he lives with his wife and works as an Associate Creative Director at Odopod. While at Odopod Jason has worked for clients such as Tesla Motors, DonQ Rum, Microsoft Zune, Chrome Bags, Sony Playstation, NVidia and IWC Schaffhausen. Prior to working at Odopod Jason worked at Energy BBDO in Chicago where he contributed to projects for Canadian Club, Wrigley, The Chicago Festival Of Maps and the United Way. Along with working at Odopod Jason is also a freelance designer for The Criterion Collection, where he has worked on covers, packaging and DVD menu designs for films by Jacques Tati, Guy Maddin, Lars Von Trier, Stephen Frears, Jean-Luc Godard, Roberto Rossellini and Pedro Costa.

Jason is a creative generalist. He enjoys the challenge of communicating through a variety of channels. His commercial work is primarily rooted in designs for web and print, but he enjoys the occasional video project, or writing assignment. At home, he enjoys painting, collage, writing/recording music, poetry and photography. He is a skateboarder, a cycle commuter and a fan of Leonard Cohen.

His work has been featured in Communication Arts, Creativity and L