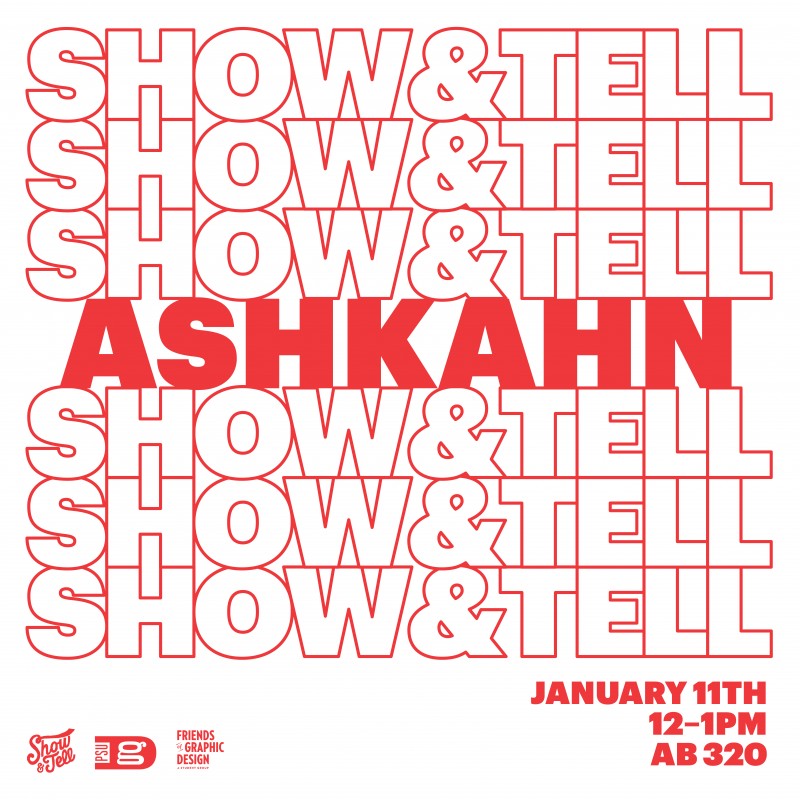 Above: Promo by James Casey

Welcome Back! We are kicking off the year by welcoming Ashkahn Shahparnia to Portland and to Show & Tell this Thursday at noon in room 320 (2000 SW 5th AVE). Free and open to the public. Bring your lunch and let’s welcome back the school year with a big hello to LA based Ashkahn! 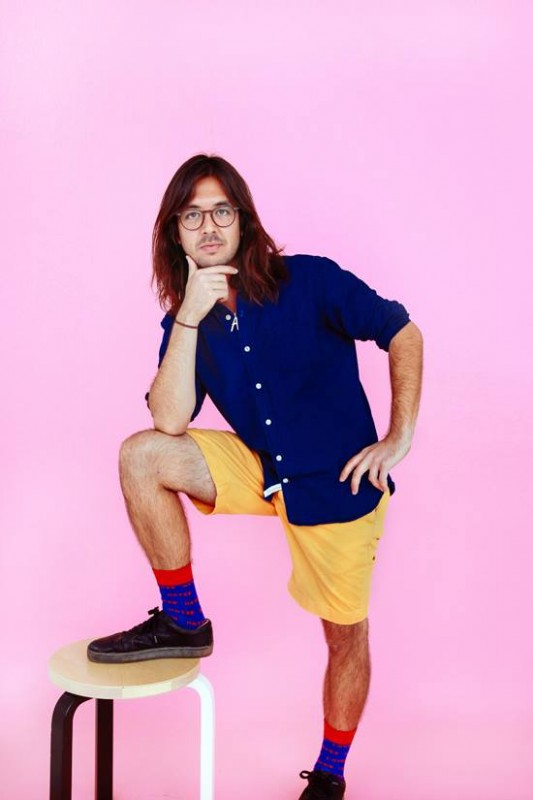 ASHKAHN is the studio & company of artist, designer, illustrator, art director, director, stationery prince and all around bon vivant, Ashkahn Shahparnia. Ashkahn lives and works in Downtown Los Angeles. He loves bananas, margaritas, vintage cars, the color pink, Phil Collins and LOLing to name a few.
See everything he does on ashkahn.com 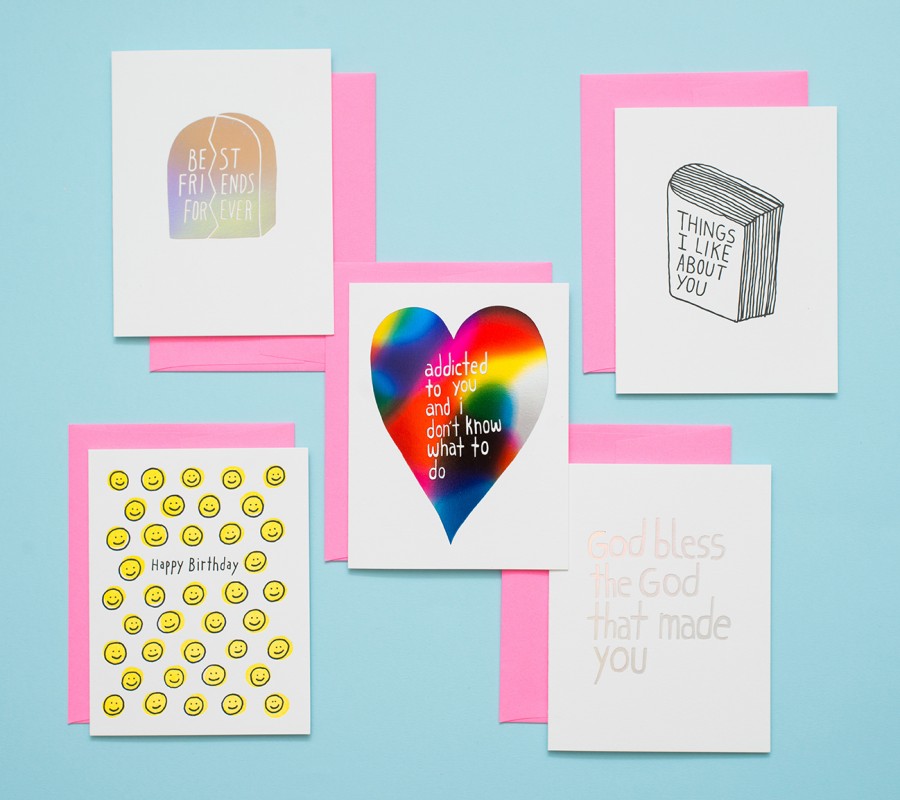 More about ASHKAHN:
The Ashkahn collection is a true reflection of the highly diverse background of it’s designer, Ashkahn Shahparnia. Part Iranian, part Japanese, part Filipino, raised in Redondo Beach and now Los Angeles based, Shahparnia’s creations blend various distinct influences with dynamic ingenuity. His work is an examination of the human condition. His collection imparts a bon vivant spirit, honest humor and an underlying hint of playful wit. 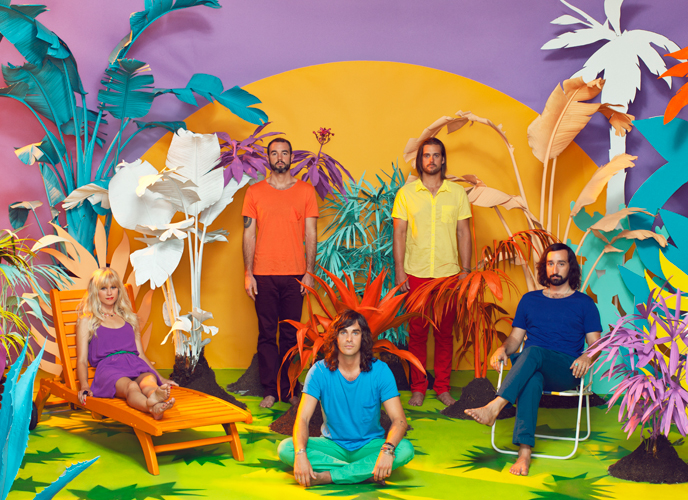 Upon earning a fine arts degree at Otis College of Art & Design, Shahparnia hit the ground running. Training under the likes of Shepard Fairey where he began his career in design- first in production, product design, then branding- laying the foundation to what has become a very well rounded background in the business. Prior to launching his own company, Shahparnia spent 4 years as the art director of Ubiquity Records in Newport Beach, where he designed album covers and oversaw all branding. 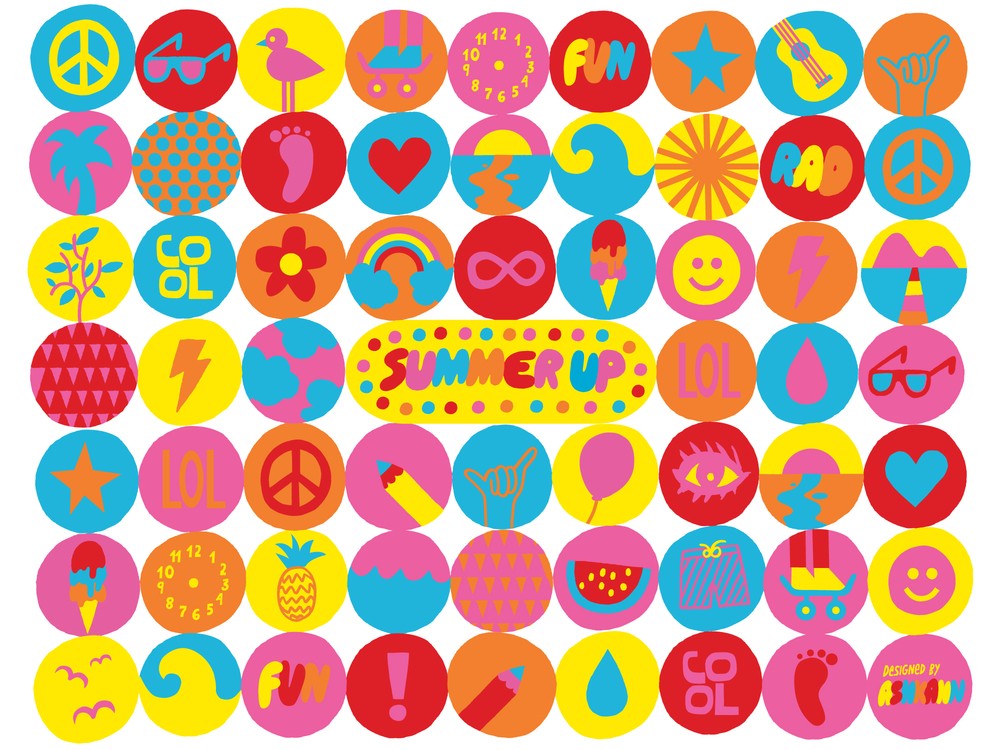 Above: Summer UP! For Target.

In August of 2011, Ashkahn launched a line of fine greeting cards, quickly becoming one of the stationery’s most celebrated talents to emerge since Hallmark. His collection was quickly praised by legend, Martha Stewart and picked up by high profile stores such as Colette in Paris, Fred Segal in Japan and American Two Shot in New York. Since then, Ashkahn has collaborated with powerhouse brands like JCrew, Nordstroms, Urban Outfitters and Nasty Gal. In 2013 Ashkahn was nominated as “Rising Star” by the Louie Awards which celebrates the world’s best stationery designers. He developed a cult following and created a unique niche, consistently showing collections of beautifully printed, unapologetic designs which are as honest and funny as they are unique and intelligent.