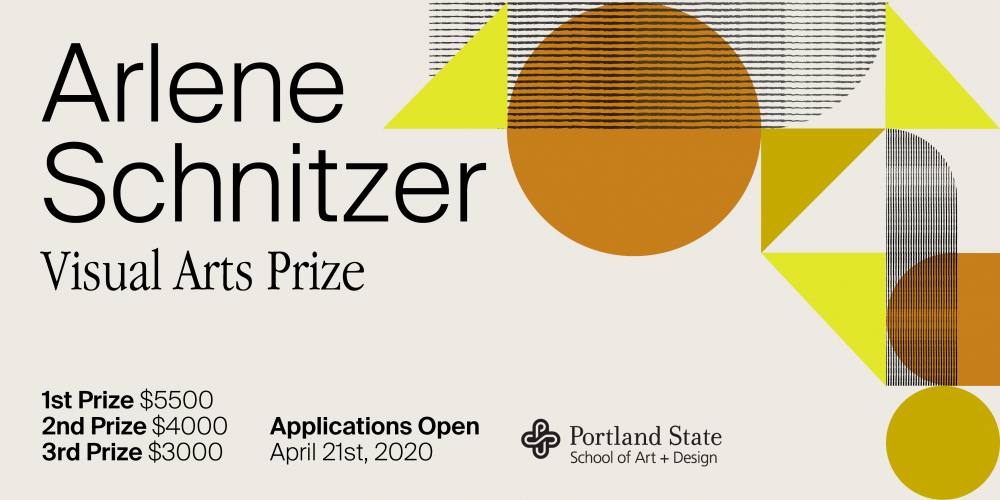 Applications for the 8th annual Arlene Schnitzer Visual Arts Prize—the single most important award offered in the school will open this coming Tuesday, April 21st! Stay tuned for the “How to Make a Winning Submission” help session details, applicant requirements, and watch as we demystify what the award is and what to expect if you win 1 of 3 prizes.
About the Arlene Schnitzer Visual Arts Prize:
The Arlene Schnitzer Visual Arts Prizes were created in 2013 with a gift from the Harold & Arlene Schnitzer CARE Foundation to help raise awareness of the quality of art education at PSU and to honor Arlene Schnitzer, a devoted and inspired leader of art and culture in Portland.
Arlene has been a dynamic advocate at the center of the Portland arts community since the 1960s. She opened one of Portland’s first art galleries and has directly supported and influenced the lives of many regional artists. PSU’s School of Art + Design is grateful to the Harold & Arlene CARE Foundation for establishing this distinctive award that recognizes talented art students and advances the quality, profile, and reputation of the School, the College of the Arts and the University.
Read More... 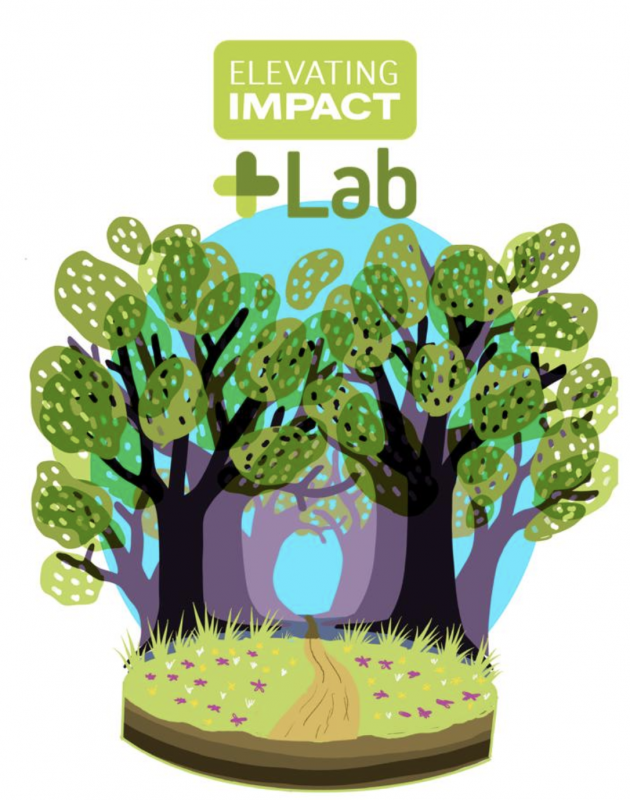 PSU’s Elevating Impact Lab is an immersive weekend designed to activate PSU students as  change agents. With a Friday evening kick-off, and an all-day immersion on Saturday, work with your idea and  your team to develop a concept for a new enterprise. You will meet mentors from the community, and engage with faculty and staff to experience innovation in action and grow your entrepreneurial skills. Over the course of the lab, you will build a team, develop, refine, test and pitch a business concept.

The theme of the 2020 Elevating Impact Lab, Impact Partnerships, explores opportunities for innovation and business applications that will have a positive impact through partnerships between traditional business entities, non-profits and/or governmental agencies. (Of course, other ideas are welcome, even if they don’t fit the theme exactly.)

Begin brainstorming now: How would you create a product or service that solves a problem you live with? What partners would you need to have an impact? Some key topics to consider are: new modes of transportation, products that increase happiness or health, products that decrease stress, equitable access to healthcare,  and spaces and places that improve life, work and play..

PSU STUDENTS: Get one credit for participating!

Space in this Elevating Impact Lab is limited. Please register today by clicking Tickets. If you have any questions, please contact impactentrepreneurs@pdx.edu. WHAT
The Arlene Schnitzer Visual Arts Prize is the most important visual arts prize
awarded annually by Portland State University’s School of Art + Design. It is
meant to recognize excellence in visual art created by all students pursuing
undergraduate or graduate degrees from the School of A+D.

ELIGIBILITY
Students must be majoring in programs in the PSU School of Art + Design
and enrolled in half­time or greater status during Spring 2016 (prior winners
of this award are not eligible). Winners will be announced in June 2016 and
must be willing and able to display and help install their work at the exhibit
held in their honor during Fall term 2016. Please note that this applies to all
A+D students creating visual work, not just those pursuing an undergraduate
major or MFA in Art Practice.

JUDGING
A jury consisting of School of Art + Design faculty and professionals from the
visual arts community in the region will judge the submissions and identify
the winners. Three awards will be made, though the jury can, at its
discretion, decide to not make awards should they determine that none of
the entries merit the recognition.

APPLICATION REQUIREMENTS
Entries are due on or before Monday May 2, 2016
All submissions will be via pdx.slideroom.com; $10 fee to Slideroom
required.

Slideroom submissions include electronic uploads of the following:
a) A 100 word artist statement
b) A brief (2 minutes maximum) video artist’s statement that discusses the
media and concept you are exploring. This could include process, purpose,
intention and your own academic and professional goals.

c) Upload up to 7 images. An “image” presents a single work. Up to one of
the 7 images can be video or audio clips of no more than 90 seconds. Each
clip must be a single work, or taken from a single work. Multiple works
presented within an image will cause that image to be disqualified.

Exceptions: if one of the presented works is a cohesive series, then one
installation image and one detail image is permitted. If one of the presented
works is a designed campaign or packaging series or design system, then an
image of no more than 4 pieces and one detail image may be used to
represent the system. In no cases will more than a total of 7 images, as
defined above, be considered by the jury. Failure to adhere to the
requirements listed above will cause the application to be dismissed.

d) By applying, applicants agree to participate in the award exhibition the
following fall, should they be awarded a prize.

Above: Meet the winners of the 2015 Arlene Schnitzer Visual Arts Prize!

The Schnitzer Prize recognizes excellence in the visual arts for students pursuing graduate or undergraduate degrees in the School of Art + Design.

Join us for an artist reception and awards ceremony Thursday, October 22, 4-6pm, honoring our 2015 recipients: Design Like Mad PDX designer application deadline is Tuesday Sept 29.
Use your talent and heart to help make a difference for Portland’s non-profit organizations! We’ve got nine great non-profits who are eager for your ideas. 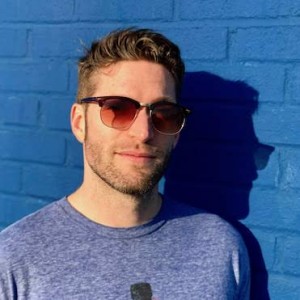